You Can Do Anything……as long as 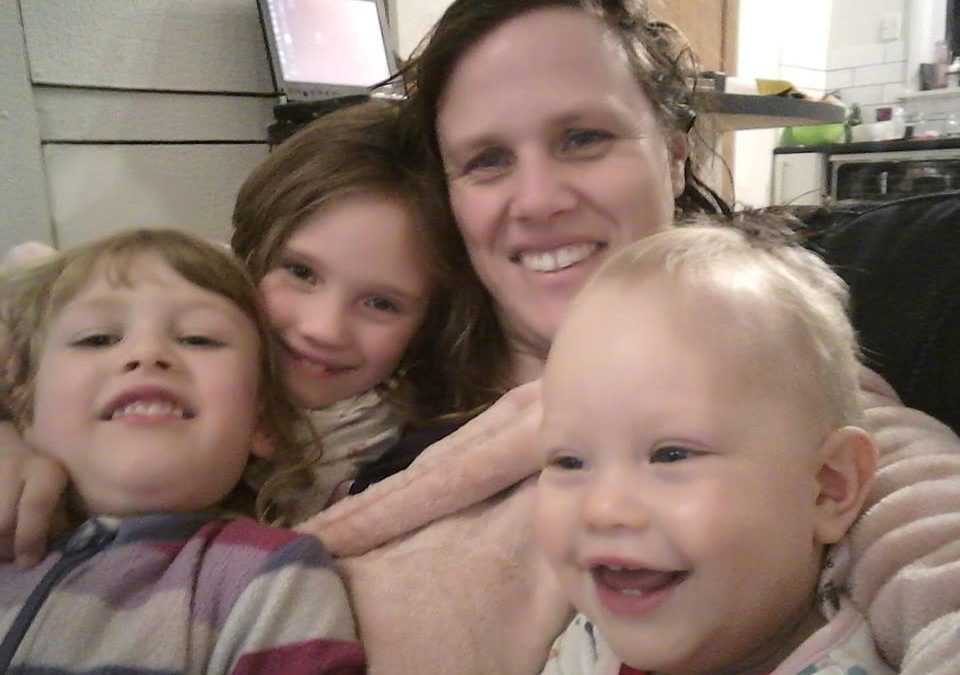 Recently I was asked to express in 100 words or less what it means to be a woman in Dunedin. I’ll admit, I struggled. For one, I’m a writer, so writing something from the heart that’s short and concise is not my usual experience. Not when I have a blog where I can write rambles that are as long and waffle ridden as I want.

The second struggle point is the Dunedin part. I mean I’ve been living here for 3 years and I’m wondering if that’s long enough for me to comment on what it means to be a woman living in Dunedin. I’ve soaked up as much history as I could over the last 3 years. My girls adore the Toitu Otago Settlers museum and I always end up learning something new about this wonderful city every time I go there. At the moment they have a fantastic exhibition commemorating the suffragette movement and I was truly happy to learn how strong the Dunedin/Otago influence was at the time. Dunedin women rocked then and they do now. It reminded of a mentor who told me to practice gratitude for the backs of the women I stand upon.

I live a very different life compared to my mother. My husband and I parent in a partnership which I think my mother’s generation calls having a “hands-on” dad. When mum tells me that my father never raised a finger to help care for us as children, I can tell she thinks I don’t know how lucky I am. I get the sense that perhaps I’m not showering him with enough appreciation and gratitude considering how different things used to be. I feel conflicted about that. I mean of course I want to show appreciation and gratitude towards my husband, but no more than I’d like to him show me. There’s a deep passion in me that wants to challenge societal norms and bring about a more equal and fair world. So, if I want to live in a world where parents share the responsibilities of raising children equally, showering my husband with praise and adoration because my mother never had the experience only ingrains the social norm that it’s exceptional to have a partner who does his lion’s share.

And yet I do want to acknowledge my mother and all the generations of women before me who could only dream of a day where work and home responsibilities were more equally shared. I know I’m standing on your back, thank you for your strong foundation. I refuse to count myself lucky though, I want to count myself equal. The idea that we really ought not to ask for anything more considering how much better we’ve got it only limits our access for greater possibilities and opportunities. It’s like when you read the comments section on a feminism piece and someone has thrown in the whole “well they don’t let women drive in Saudi Arabia so it could be worse” argument. Although they’ll have to find a new group of oppressed women to throw around because I believe women in Saudi Arabia are now allowed to drive – hooray for progress.

I think some people fear that there’s going to be this full-on role reversal with women at work and men at home in aprons. The idea is laughable. Why does it have to be one way or the other? I’m talking about a partnership, I’m talking about shared responsibilities. Why is that too much to ask? When the news broke about our Prime Minister, Jacinda Ardern, doing the unthinkable of remaining Prime Minister and having a baby there were quite a few comments being thrown around about the wellbeing of the child. “The poor neglected child” some of the comments read, “she really should step down and do her duty.” My response was generally this “Jacinda just wants to be a parent and have a career, you know….like men do?”

But in a way, my response derails the conversation I want to have. I don’t want to buy into ‘women vs men’ when it comes to work and parenting. I want to see parents, both mothers and fathers, working in a world that acknowledges their role in raising the next generation. That requires employees to challenge societal norms in the workplaces. For example, why are we working 9am – 5pm when school is 9am – 3pm? Why do we fork out for before and after school care without even questioning the way things are set up? Living costs in New Zealand are high, parents are struggling to live on one income. Yet, 20 hours free childcare isn’t available until your child is 3. There seems to be an assumption that a primary caregiver of a child under 3 has no inclination to do anything else, like study or start a business.

I remember having a conversation with a woman my mother’s age in Auckland when I was running ‘It Takes A Village…’. I was telling her how hard it was for me as a full-time working mum because I wanted to be at home with my small girls. Her mouth tightened and she shook my head “No offence” she started “But I think mothers today just don’t know how to go without.” It was quite a shock to hear. I turned away with tears in my eyes. I guess it taught me that you can never truly know what it’s like to raise children in an era different to your own. I’ve heard my generation lament that the baby boomers had it so much easier and vice versa. I think both eras had and have their struggles. A lot like the male vs female argument, does it really serve us to bash older and younger generations over the head? I think everyone is screaming about their problems at each other that no one’s getting what they really need – to be heard and validated. Instead, they’re getting the “you think that’s bad? You don’t have to deal with…”

I can’t say what it’s like to be a male or a father in today’s world. I’ve no doubt that they experience a great many problems. I don’t know what it was like for my mother when she had small children but it sounds like it was pretty damn tough. In time, I’ll find a way to write about my experience as a woman living in Dunedin in 100 words or less but since this is my blog, here’s the extended version. I grew up in an era where girls were told they could do anything. By the time I was an impressionable 13-year-old, the spice girls had erupted onto the scene with their girl power message. I never felt disadvantaged in my life until I hit motherhood. The second-rate treatment began almost immediately when I was made redundant while on maternity leave. Someone else had left the company while I was gone and my absence had become inconvenient. I was to either come back right away (only 4 months into my 1-year entitlement) or be made redundant. 3 more women were made redundant from that company while on maternity leave after I left, possibly more by now.

When I think about whether women can ‘have it all’ I’m reminded of a scene in the movie ‘Mona Lisa Smile’. Set in the 1950s, Julia Roberts plays a professor at a Women’s College. One of her students is going to turn down a placement at Yale Law school because she wants to marry her boyfriend who requires dinner to be on the table by 5. Julia Roberts turns up excitedly on her student’s doorstep to tell her that there are law schools closer to home. “You can study and get the dinner on the table by 5.” Oh hooray, Julia Roberts saves the day. Not really though. I mean for one, the student in the movie had already made her choice and told her so, but for two, rearranging our lives to accommodate social norms is the source of a lot of our anxiety.

We live in an era where ‘I can do anything’ comes with a disclaimer called ‘as long as’. Yes, you can do anything as long as you don’t let standards slip. It’s an illusion. It looks like we’ve been given greater opportunities but actually, access to that door is buried under all your other duties least you do the unthinkable and intentionally let something slip. Essentially, we can’t have it all because whatever we want will come at the cost of something else. We have to sacrifice something like our clean home (gasp), clean eating (pizza again), our attractiveness (anything but that!). I want my girls to grow up being told they can do anything because society changed systems such as study options and work opportunities to be more flexible for parents. In that way, fathers could choose to be at home more if they wanted to and mothers could choose to work more hours, study or launch a business.

And so that was the essence of the message I wrote in my 100 words. That for me, progress for women in our era is about more than access to opportunities. It’s also about societal systems being flexible or even breaking down and being rebuilt in a way that supports us to pursue those opportunities. So that’s it, no more jumping through hoops to ensure we’re living up to impossible standards. I’m crossing out the ‘as long as’ disclaimer. I’m putting my foot down – dinner will be on the table somewhere between 6pm and 7pm depending on whether I remembered to defrost the meat.