Unpicking the ‘Should Have Crossed Your Legs’ Argument 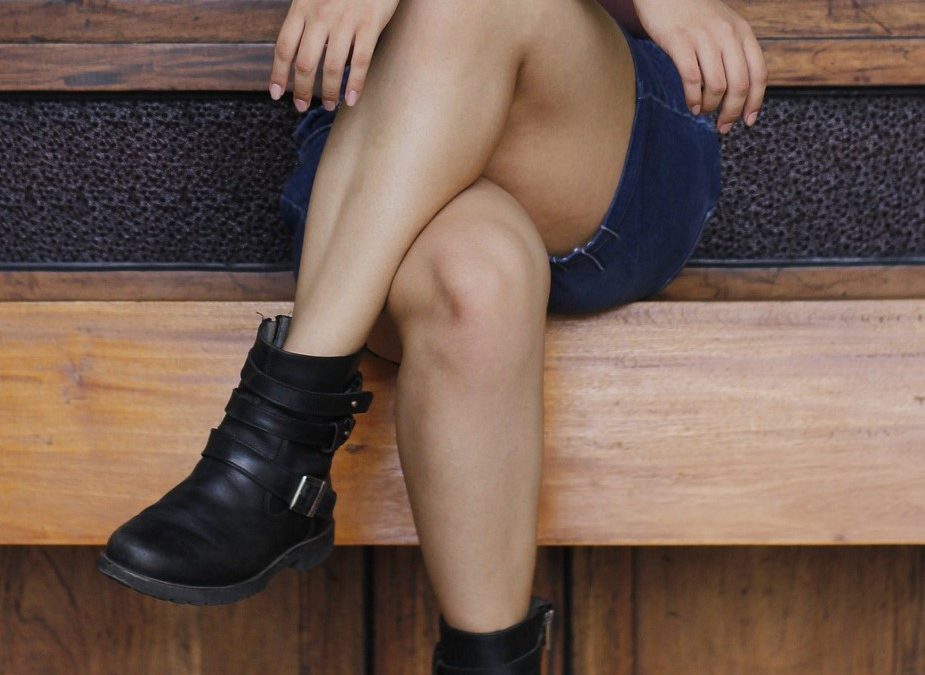 In my opinion (always a good way to start a blog), the abortion debate has always focused on issues that were besides the point. The question for me is not ‘when does life begin?’ but rather…do people with vaginas have the freedom to be in a relationship with people with penises without risking pregnancy?

The answer is no. Essentially, if they want to have a relationship there will be an expectation of vaginal sex and therefore they will have to risk pregnancy each month. Of course they can use all sorts of contraceptive options but ultimately, nothing stops pregnancies 100%. As the nuns are so famous for saying – ‘the only way to avoid pregnancy is to not have sex’.

And we see that comment from the less than holy on all the online debates regarding abortion. “If she didn’t want to get pregnant, she should have closed her legs” as if this really is an option. Can you imagine, if all the people with vaginas in this world collectively closed their legs and declared vaginal sex was only for procreation? Oh yeah, that would go swimmingly well wouldn’t it? At best it would break up relationships/homes and at worst it would result in a sky rocket of sexual assult and murder.

It’s one of those unwritten rules. Humanity has heaps of them; like that the land mass I live on is called ‘New Zealand’ and in order for me to travel to another land mass I need a passport. This is just stuff we made up and decided to follow. The birds that migrate around this planet care f*ck all about passports but this is a rule for humans and so it is. But hold on Bron – you and me ain’t nothing but mamals. Oh yeah, the ‘we have animal urges and instincts’ argument. We can’t help it, we are designed to have vaginal sex. It’s not just about procreation, it creates intimacy and bonds and ya da ya da ya da.

What happened to that old saying ‘any hole’s the goal?’ or was that just something crass teenagers used to say when I was young? I think as a species we have a pretty good handle on what we can do to each others bodies to create pleasure and intimacy. Could humanity decide to cease having vaginal sex to avoid unwanted pregnancies? Technically yes and realistically no. It’s NEVER going to happen in my opinion although I leave a small door open to the idea because young people are surprising me everyday. They are passionate about climate change and some have taken vows not to have children so that they won’t contribute to over population. I wonder if that means they’ve sworn off vaginal sex or if they are expecting to use contraception and hold their breath once a month.

And that’s the part I can relate to. Holding my breath figuratively or literally when I check my underwear or wait for a negative result on a pregnancy test. I wasn’t going to write this blog because I have no direct experience with abortion and I like to write about issues that I have personal experience with. But I have a lifetime of experience of being a person with a vagina who’s been in sexual relationships and had to just hope each month that my contraception hadn’t failed. I wonder if, as a collective of vagina owners, we realise just how much anxiety we’ve carried through our entire lives hoping we haven’t inadvertenly created a life.

So when I see the pro or anti abortion arguments bating back and forth, I do wonder sometimes why I haven’t seen anyone bring up the topic of recreational sex. We have no option to not risk getting pregnant if we want to be in a relationship with a person with a penis. Not really. I mean, as I said before, we could cross our legs like has been so politely suggested to us before but that’s likely to result in us not being able to enjoy a relationship. Because all the pleasure we could experience without vaginal sex is at best considered foreplay and at worst referred to as a base at a baseball game. Vaginal sex is the goal and that’s true for both parties in most cases.

So what are you suggesting Bron? An end to all vaginal sex? Umm, no. Have you read any of the above. A call to end vaginal sex would result (in my opinion) in a wave of violence and destruction. It’s just not realistic to expect that. So if people with vaginas are going to continue living in this world that expects them to have vaginal sex in order to have relationships with people with penises, then they must have access to abortions. For me it’s not about whether it’s right or wrong it just comes down to the fact that there is no option for us to not risk getting pregnant. If there is no option for abortion and a continued expectation that a person with a vagina will have vaginal sex, then we would be living in a world where people with vaginas are essentially sex slaves forced to bear unwanted children. Sounds like some sort of dystopian novel.

But Bron, that means you’re for killing babies. Look, I would say that even pro choice people are not crazy about abortions. Needing an abortion is, I imagine, a horrible situation for any person to be in. For all the people that want to persecute me for saying that people with vaginas should have access to abortions, I ask you to answer me this. How would you advise people with vaginas avoid unwanted pregnancies? And don’t say cross your legs or I’ll scream. Contraception is not an option due to the potential for it to fail. There needs to be a way for people with vaginas to live without fear of being forced to carry a pregnancy to term.

If there was suddenly no access to abortions, there needs to be an option to avoid pregnancy totally and there isn’t. And a follow up question, if I may, if an abortion is avoided by not creating the pregnancy in the first place, would you still consider this a form of abortion in that you are denying a life to take form? In which case, I think your motivation is likely religious and not about the wellbeing of on an infant or their parent. Unwanted pregnancies are created by people who have vaginal sex for reasons other than procreation and that’s the truth. That’s the way it’s been since humans started putting penises in vaginas. Over time, humanity has made many changes to their way of life. Acts once considered normal have been outlawed and vice versa. Perhaps if we have a debate about vaginal sex instead of the start of life we’d see a clearer answer. Or maybe not. Anyway, at the end of the day this is just a ramble written by a 40 year old white cis gendered woman who’s had her three children and will soon move into menopause. I write this thinking about the future of my girls. They may live a life of holding their breath each month but at the very least, I hope there will remain a way for them to choose not to be pregnant.

A Note to My Readers

I decided to write this blog using terminology that is as gender inclusive as possible. Instead of saying ‘women’, I have written ‘people with vaginas’ and for men ‘people with penises’. This is because people with vaginas don’t necessarily identify as women and people with penises don’t necessarily identify as men. You may not like this, in which case I invite you to not read my blogs. I really won’t mind. I understand that my choice of words has, in a way, reduced people to their genitals. Usually I wouldn’t do that but on this occasion my blog is specifically about the mechanics of our genitals and how we use them and so I stand by my choice to refer to people in this way. If after reading my blog your main take away is that you’re angry about my choice of words regarding vaginas and penises then you may have missed the more important point of my blog. I hope that most of you will see my intention was to be inclusive and not offend in any way.