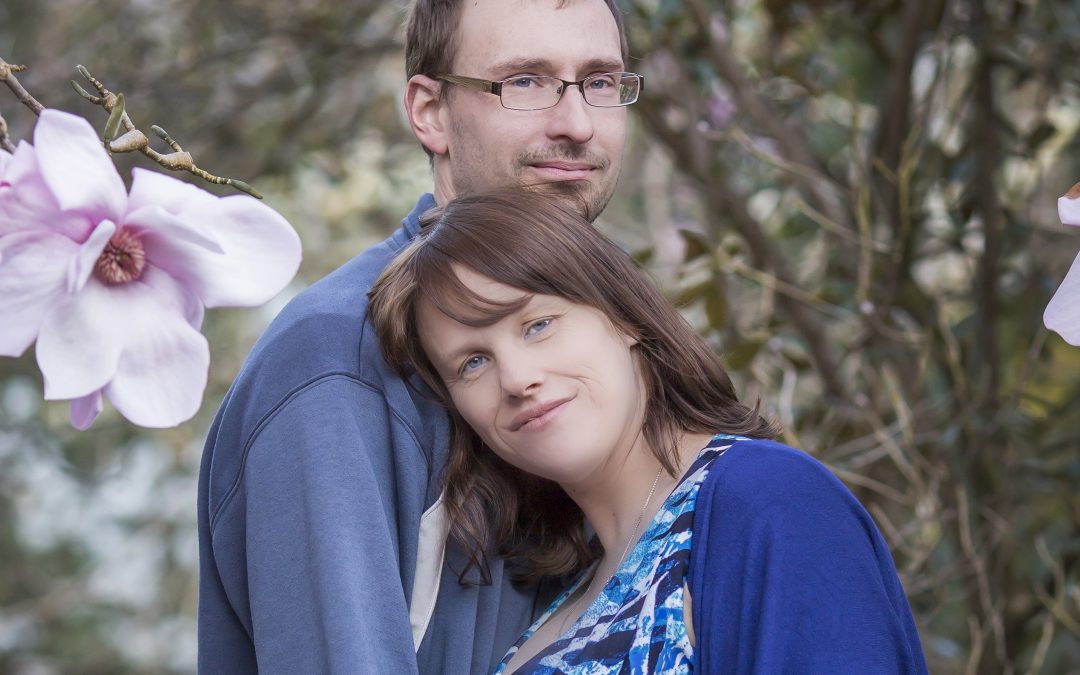 We tried to plan things didn’t we?

We talked about whether we’d have kids before we got married and we agreed we’d at least have two (we’d see about a third when we got there). I made it clear that life with me meant kids and I remember you saying “I know, I know there’ll be babies”. But we didn’t know did we? We didn’t know what it really meant to be parents and we certainly had no idea what it meant for our relationship.

I was surprised when you didn’t bond with Charlotte when she was born. You had been so infinitely patient with me while we’d been dating. I had been all over the place with depression and you went through all the ups, downs, round and rounds with me, loving me all the way. I never dreamed you’d struggle to be patient with someone so precious and tiny. In fact, I thought it would be me that would have little patience for screams and long nights, I amazed myself. Two babies later and you still find this early part so hard. I guess I thought you’d find it easier this time because you knew what to expect but instead I think you found it frustrating that I thought you would have changed “I’ve always found it hard when they are babies” you told me, “why did you expect me to be different?”

And when you joke (with an undertone of being serious) that you hate babies, people stare at you as if to ask “why did you have children?” They don’t see the way you hold your babies and take care of them when they’re calm. You’re really an amazing dad who, like a lot of others, finds it hard when they scream relentlessly at you because they want their mother. When you’re unable to give our baby Maggie what she wants, (me), it can feel like she’s saying “you’re not good enough.” But despite your grumbles you carry on and the other day when I joined you at Playcentre and I saw her in your arms, clutching your jersey with snot patches on the shoulders from her cold, I felt that deep love rise in me that only a woman married 12 years can know.

No one knows what parenthood is like until you’re there and once you’re there, there’s no going back. There’s no “control z” option. I sometimes wonder, if you were given a ‘do over’ option, whether you would have opted out of fatherhood. I’m pretty sure you’ve thought about it when things have been tough, I think a lot of parents do. I’ve been the primary caregiver and you’ve worked long and hard hours to provide for us. When you’re not at work, you’re helping to raise the children and spending time with all of us. Perhaps some people think it’s a raw deal that a husband should work and also help take care of the children when he’s home.  I think this comes from the idea that the partner who is at home is somehow not working. I’ve been a stay at home mum and a full time working mum. The choice is between a chaotic and exhausting existence and soul-crushing guilt.

Sometimes you get time to yourself and we get almost no time together, alone. Before children, we had nothing but time for ourselves and for each other. Of course, you love your children and yet, they represent a very large change in our lives that meant sacrifices for both of us. We know the children will one day be older and we’ll have more time but that doesn’t give us much solace right now.

It’s been obvious to me that fatherhood has been harder than you thought it would be and the lack of freedom time-wise and financially has taken its toll on you. What’s interesting to me is that I, for some reason, took responsibility for that. I have constantly felt at varying levels of intensity that I need to make it up to you that we had children together. Perhaps it’s because it was me with the burning desire to have children and although you wanted children, you’ve struggled more than me with adjusting to parenthood. I think a lot of mothers feel that way. Our focus shifts, as it has to, to the round the clock care of our baby. And at night when we’re exhausted and finally get a chance to browse online we’re bombarded with messages that it’s up to us to not let the fire go out of our relationship. We need to organise date nights and ensure our partner’s needs are being met because after all, it’s us that changed, it’s our fault.

But I’m tired of taking responsibility for your happiness. I’m tired of living with the anxiety that you might just decide you’ve had enough and walk out the door. Perhaps you’d say I’m being dramatic but when I don’t have enough attention to give you, there’s always the possibility that someone else might. It’s not that I think you’re the sort of person to cheat, it’s that I think you deserve that love and attention, in that way the fear makes sense. I’m so on edge feeling like I ruined your life somehow, every grumble and groan about having to do some sort of family-related chore makes me either angry or sad. But we both made these babies, they weren’t unplanned. I had misconceptions about parenthood as much as you, but I just had to get on with it.

There is so much we’re unprepared for as we enter parenthood. New parents are bombarded with information about how to handle the birth, they’re not warned to expect that you might find your relationship becomes one of companionship, support and silent, steady love. Let us ask the parents to be – do you love this person enough to endure a period of time when you’re not the centre of their world and when you’re even not the centre of your own? The fact that I took responsibility for your frustrations and unhappiness is my fault. You never blamed me. It’s just that I want nothing more than for both of us to be happy and how can I be when my husband seems to be so sad in his life, the life we created and built together. We laid the bricks together, so solving this problem feels like a team effort too.

We can’t go back and I personally wouldn’t want to. Parenthood is hard but I wouldn’t change a thing about the path I’ve walked to this point. I only want to focus on the road ahead and what I can do to help you stay on it with us.  As you drag your feet, I’m worried you’re falling behind and that one day I’ll turn to see you’re not there anymore. I’m looking over my shoulder and I see you, I see your struggle, do you see mine?